A Mother’s Love Is Forever 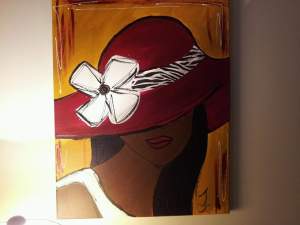 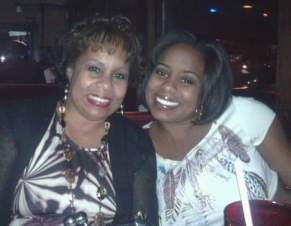 As Mother’s Day rapidly approaches,  we are constantly bombarded with mass media commercials, encouraging us to purchase Hallmark Cards, jewelry, flowers, candy as well as treat our mothers out to an expensive dinner. Every year we heed this call, shopping in malls at the last-minute or floral shops to ensure our mothers receive a gift of appreciation on Mother’s Day.   In recent years, the holiday has become so commercialized,  that the  contributions and many sacrifices our mothers often make to raise children to healthy adults have been overshadowed by all of the overwhelming hoopla.

Mother’s Day is supposed to be a celebration honoring the mother of the family, as well as motherhood, maternal bonds, and the influence mothers have in our society. At least this was the intent Anna Jarvis had when she created and founded Mother’s Day in 1908.  Miss Jarvis held a memorial for her mother that year who suddenly died three years earlier from congested heart failure.  Her mother was a peace activist who cared for wounded soldiers  in  the Civil War and while serving her country, she created Mother’s Day Work Clubs to address public health issues  of the day.   Anna Jarvis was so proud of her mother’s accomplishments she soon came up with an idea to honor her mother and women like her by setting aside a day for celebration and  honor.   She believed all mothers should be honored for being the one “person who has done more for you in your lifetime than anyone else in the world.”   So in  1914,  she convinced President Woodrow Wilson to make Mother’s Day  a national holiday, held on the second Sunday in May.

Although, Jarvis was successful in founding Mother’s Day, she became weary and resentful when the holiday turned into a commercialized commodity.  By the early 1920s, Hallmark Cards and other companies like it began selling Mother’s Day cards.  Jarvis believed the companies were exploiting the idea of Mother’s Day and in her mind, the holiday was created more on sentiment and certainly not for profit.  Angry, she organized boycotts and threatened lawsuits against the companies involved, arguing people should appreciate and honor their mothers through handwritten letters or cards expressing their love and gratitude, instead of buying gifts and pre-made cards.  Her efforts, although, noble, were not successful and she died penniless, defeated in a sanitarium.

I was emotionally moved when I discovered Anna Jarvis’ story.    I agreed with her initial intent.  Mother’s Day should celebrate and honor the journey of motherhood.  Some of the most sweet and endearing cards I received from my daughter were the ones she made herself when she was a little girl.  She is thirty-four years old now and I still have those cards, reading them often throughout the years. My daughter is a talented artist and one year, she gave me one of her paintings ( see above), I still have it hanging on my wall today.   Still another year, she made me dinner with dessert, along with  an afternoon of bike riding on the Silver Comet Trail.  The gifts she planned and took time to create meant the most to my heart and I will always appreciate her thoughtful efforts in making my day a joyful one.  She was never one to become enticed with the commercialized media frenzy surrounding Mother’s Day.  She enjoyed coming up with her own created ideas.

Although, it’s  great, our nation has a day set aside for such a celebration,  I believe mothers should be celebrated and honor every single day, not just only on Mother’s Day.  The sweetness and patience of a mother’s love is a lifeline to a child no matter how old they get.   With her capacity to forgive and love you no matter what,  when you least deserve it, is an endearing quality, that should be celebrated and honored every single day.  A Mother’s Love Is Long-lasting and  Forever!  Happy Mother’s Day Everyone!